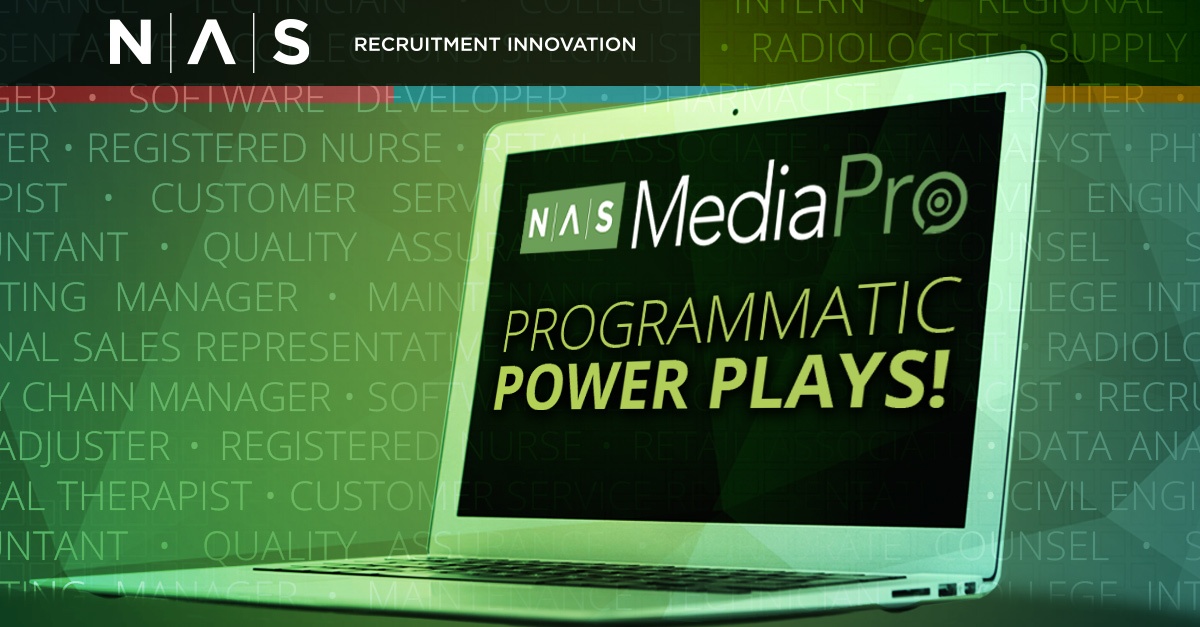 We’ve been telling you about the power of programmatic advertising and how it can transform your media purchasing in some pretty dramatic ways. As more and more clients adopt this approach, success stories begin to emerge. We thought it might help to highlight a few case studies from our clients that provide insight into how programmatic advertising works – and get you thinking about how it might help you, too!

Case file #1: Rethinking the automatic contract renewal
Our healthcare client had been locked into purchasing contracts on an annual basis with certain media partners. We ran a trial of NAS MediaPro for three months, just prior to their annual renewal of a large contract. Based on results from the campaigns, we made the decision to NOT renew that annual contract, but to still include that site as a vendor through programmatic purchasing. The client was saved from a dreaded annual commitment and the difficult process of forecasting the exact number of postings to buy. Yet, they are still able to leverage the site at competitive pricing and get great results from it on an as-needed basis.

Case File #2: Moving dollars to meet a special need
Our client, a large healthcare system, needed to put more of a focus on their Float Pool RNs in order to fill some crucial and difficult openings (odd shifts, PRN, specialties). Through NAS MediaPro, we created a separate budget specifically for the Float Pool RN job, setting higher bids with our target sites for requisitions associated with the job title in order to get more eyes on it. We also used multiple title variations (to capture different ways candidates might search) and expanded the locations we were bidding for (to get as much visibility as possible). Result: in the course of three months, the client got close to 13,000 clicks and more than 200 applies.

Case File #3: Boosting jobs that are not getting applicants
Our client, a leader in the education field, simply needed to generate more applicants – and they had some jobs that were not getting any applications at all. With NAS MediaPro, we set up a priority campaign to set higher bids for any jobs that had less than two applies in 10 days, giving them greater priority to improve performance. After 2 or more applies, the bids returned to normal levels. Within the first month, this tactic delivered more than 175 applications to those more challenging positions. The cost per apply also ended up being the lowest of the campaigns we set up. This is truly programmatic in action!

Case File #4: Learning which media partners are performing
Our client, a leader in the security industry, had a consistent need to fill sales roles with multiple openings at key hiring locations. They wanted to expand their reach and really had no idea which media partners were performing for them. Upon investigation, we found that just 5% of their jobs were using more than 30% of their budget. With NAS MediaPro, we began allocating the budget for jobs that had reached their application target to other jobs that still needed applicants. By keeping an eye on results, we were also able to decrease targeted media from eight sources down to the three key partners who were providing the best ROI. Final results for the three-month campaign yielded impressive numbers: a 25% increase in total clicks and a 63% increase in total completed applications.

If any of these situations resonate with you, it could be time to consider programmatic advertising. To further the discussion, explore NAS MediaPro today!